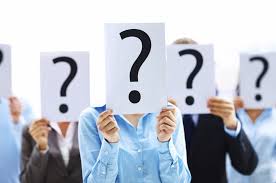 Google the title of this post and you will see opinions all over the map about the near and longer term 2015 interest rate outlook. Any prediction about the direction of interest rates must be based on the premises used. If you estimate the economy is going to grow faster in 2015, you will agree with Bill Conerly. In May of this year, Conerly wrote an article in Forbes titled Interest Rate Forecast 2014-2015. He was good enough to quote his prediction in May 2013 and his forecast then seems to be on track. I admire analysts who tell you of their past predictions, so we can judge their most recent.

Conerly expects the economy to continue improving until the FED is forced to take the punch bowl from the party and start to raise interest rates in mid-2015. Here’s his forecast. It still may be an opinion, but a forecast is more scholarly.

“My own judgment is that the Fed will think that a Fed Funds rate in the neighborhood of 3.5 percent will be normal at full employment (or GDP equal to potential) and inflation at two percent.”

“Long-term rates are likely to go higher thanks to global long-term economic growth with some help from the Fed tapering QE3. I expect that to gradually improve, pushing interest rates on the 10-year bond up to about 4.35 by the end of next year (2015).

“Long-term mortgage rates get up to around six percent by the end of 2015, but that’s not deadly to the economy.”

Remember any opinion or forecast is dependent on its premise. In this case an improving economy.

In a just released interview, the Aden sisters cautioned that if “…asset prices …come back down, that’s going to cause significant economic headwinds. I’m of the camp that says, well, things aren’t quite as great as they seem to be, and in particular we’re going to have very limited abilities of the Federal Reserve side in particular to tighten at some point, to raise interest rates.”

“So as long as we’re in this muddle through environment, we’ll be OK. But that’s not very sustainable either.” The Aden sisters, Mary Anne and Pamela Aden, are two of the most influential and well known investment analysts, writers and lecturers in the world.

The Aden sisters refer to asset prices meaning the stock market, but could also include oil, commodities, real estate, and precious metals, though the latter move for different reason, primarily as protection from inflation and governments.

Recently, analysts have compared today’s economy to the economy of 1937. Then the Federal Reserve made a mistake of tightening and sent the economy into the tank. Only spending on the war brought the economy around.

Some analysts think the economy is growing very, very slowly, and any action to tighten by the Fed will be counter-productive. These people suggest instead that the FED will embark easing ala QE4, rather than tighten.

Bottom line, any forecast for interest rates is a function of the premise about the growth or lack of economic growth.

Coal to Cash Homebuyers, Inc. is part of a nationwide group of thousands of investors who are helping tens of thousands of homeowners every year. We may not be the “traditional” route, but we CAN help and we can do it quickly!

About the Author: CashflowChick

Get The 411 On Note Investing

Learn why so many people are getting into Note Investing, what it's all about so that your questions are answered!

Powered by Convert Plus
Go to Top